Looking Back at Photobiomodulation 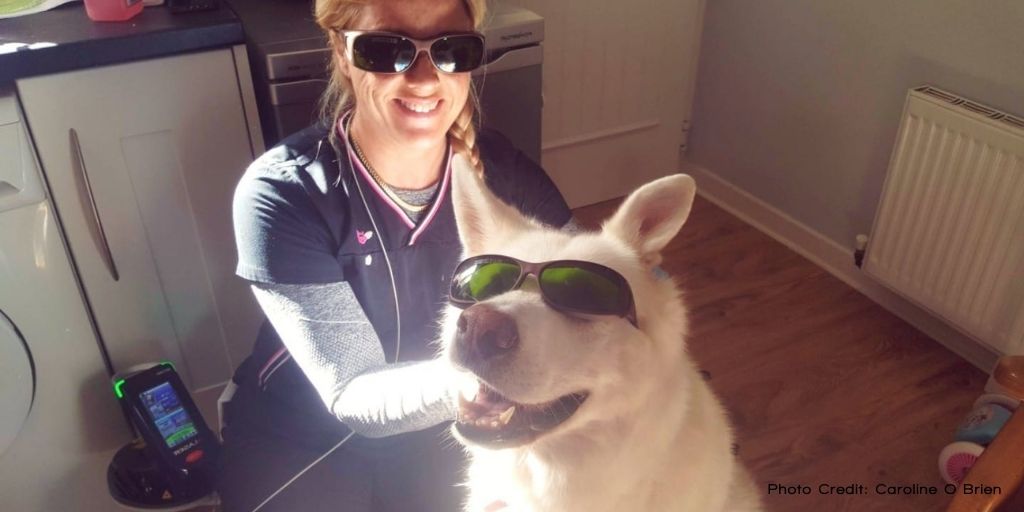 Trying to synthesise the research available on photobiomodulation (PBM) is overwhelming – at least, if you’re anything like me! There is such a volume of research available on the subject, but many papers don’t share all the parameters they used, making comparison nearly impossible. Over the last month we’ve covered two research articles on the topic in the Research Refresh members’ portal. To keep things simple, I’d like to share the highlights of these two articles with you.

The first is a retrospective study comparing two different PBM protocols as a treatment of canine degenerative myelopathy. Their findings show that PBM can increase the life expectancy of DM dogs from 9 months to 30 months or more. The second article assesses the effect of PBM on the firing rate of two muscles, and finds that after PBM, muscle firing frequencies are improved in three gaits over a 24-hour period.

These two papers both showed PBM having really positive results, each with very different protocols and devices. While we can’t by any means compare them with one another, let us take a deeper look at how these results were achieved, and how we might use them in our patients.

Photobiomodulation to extend the lives of dogs with degenerative myelopathy

Many of us are familiar with degenerative myelopathy, a progressive neurological condition affecting adult canines. Dogs start off with a proprioceptive deficit and ataxia in the hindlimbs, and relatively quickly progress to losing more and more function until paralysis is reached. As the condition progresses, the thoracic limbs are also affected.

DM has many similarities to amyotrophic lateral sclerosis (ALS) in humans, something we have  chatted about before. The primary benefit of this similarity is that dogs with DM provide us with a naturally occurring animal model in which to study treatment interventions and progression of the condition in humans.

The most important thing to bear in mind is that, whether in humans or dogs, DM is progressive, debilitating, incurable and fatal. Dogs will generally progress from the first stage of the disease to euthanasia in 6 to 9 months.

DM will progress in four stages:

Through intensive physiotherapy, many of us have already experienced the benefit of extending the lifespan of patients, improving their quality of life, and slowing down the debilitation and progression of the disease.

If we also have laser therapy in our toolbox, we are at the very least using this modality to reduce secondary pain and discomfort, and to slow the progression of degeneration in the spinal cord. But are we using laser with the best possible parameters for our goals?

When it comes to the ideal parameters to use for specific conditions, many of us are stumped. It feels like there are as many parameters as there are conditions, with everything constantly changing – from wavelength, to power output, to irradiance, to fluence. We have to know our machines inside out, their strengths and their weaknesses, to be able to effectively use them in a variety of cases and conditions.

In this study, two protocols were used:

As you can see, these were two very different protocols, each leading to two very different outcomes. In terms of frequency, it was not specified whether dogs were treated twice weekly during rehabilitation sessions for as long as they underwent rehab, or whether there was an initial dosing period followed by tapering the laser off to a maintenance dose.

The time of progression of degenerative myelopathy

The first group experienced only a small increase in their life expectancy, and were euthanised within 7 to 13 months after symptoms started, with most dogs surviving more than 10 months.

This is already an improvement on the expected 6 to 9 months.

The second group had a very different experience, and took on average 38 months from the start of symptoms to euthanasia, with some dogs surviving as long as 56 months. That’s almost five extra years. This means the treatment could allow dogs to live a full lifespan if they develop DM at the age of eight or nine.

Considering the mechanism of action

Changes as a result of DM occur throughout the white matter of the spinal cord, with changes usually most severe in the middle to lower thoracic spinal segments, and in the dorsal area of the lateral funiculus.

There have also been studies suggesting that astrocytes and astrocyte glutamate transporter may play a role in modifying, or speeding up, motor neuron loss in degenerative diseases (Trotti et al., 2001; Pardo et al., 2006; Ogwa et al., 2014). PBMt can have an effect on astrocyte activity, either eliminating their response, affecting the glial response, or suppressing their activation (Yang et al., 2010; Massri et al., 2016; Sun et al., 2019).

The above findings lead us to believe that laser therapy potentially plays a role not only in reducing inflammation and secondary breakdown and damage of the spinal cord after injury, but in its protective effect on the motor neurons in the spinal cord.

In addition to the effect on the spinal cord, PBMt would also have had an effect on the paraspinal muscles and structures, reducing pain, compensatory muscle spasms, fatigue after exercise, and improving muscle recovery rates. This would have allowed paraspinal and core muscles to remain stronger and functional for longer into the progression of the disease.

The effect of PBMt on the muscle firing rate of horses

The use of laser therapy or PBMt is commonly included in a treatment protocol for horses where back pain is present. Two of the muscles commonly affected by back pain and treated with PBMt are the longissimus and the gluteus medius.

We have previously discussed back pain, both the causes and the core strengthening exercises that owners can do with their horses, and I would encourage you to read those blogs. We also have multiple resources in our members’ library, which I share at the end of the blog.

This study aimed to assess the effect of low-level light therapy on mechanical nociceptive threshholds (MNT) using a pressure algometer (PA), as well as on muscle firing rates using acoustic myography (AMG). They found no significant effect or change on the MNT, and so I will exclude that from this report and focus on the AMG portion of the research.

AMG is a relatively new technology that allows us to measure and test muscle function in real time, using information from muscle contractions. It allows us to test and measure muscle contraction and ligament use, to identify movement patterns and muscle imbalances, to locate muscle injury, and to compare muscle firing rates bilaterally and before and after intervention, or during a training programme.

AMG measures the vibrations and pressure waves created by a contracting muscle and transmitted to the skin. This method is therefore completely non-invasive and pain free as sensors are attached to the skin with a coupling medium such as acoustic gel and an adhesive plaster over the sensor. The unit measures force production with temporal and spatial parameters, as well as muscle efficiency and coordination, with a CURO-Diagnostic ApS device. This device can be used in horses, dogs and humans.

PBMt parameters used in this study

In this study, a multi-radiance medical device, the MR4 ACTIVet PRO was used. The parameters for treatment were 905nm wavelength, 1000Hz frequency, applied for one minute per treatment site with a contact probe. The ACTIVet PRO was a 50W Super pulsed laser.

The effect of PBMt on muscle firing rate

The horses followed a set exercise protocol on the lunge, on a soft surface with the same handler. They were asked to walk, trot and canter on each rein with continuous AMG recordings.

In both the longissimus and the gluteus medius muscles, at a walk, trot, and canter (canter only on the left rein), there were significantly improved muscle firing frequencies when measured 24 hours after PBM treatment.

This suggests that PBMt impacts the function of muscles, potentially secondary to providing an analgesic effect, and potentially not, as there was no change in the MNT measurements over the same period, which would have been an indication of improved pain perception.

And so there we have a brief summary of just two papers available on PMBt in our profession. Hopefully, we can take a few valuable things from them. When it comes to treating DM, we can have an incredible effect on the quality of life and the longevity of our patients when we use the right PBMt parameters – 980nm, 6-12W, with a fluence of 14-21 averaged over the entire area.

The paper focused on the equine also shows us that we can use PBMt to impact the function of muscles by improving muscle firing rate. The implications for this are quite vast, but we do need to understand this link in more depth before we can successfully incorporate PBMt for the purpose of improving muscle function.

Of course, more research is required in both of these areas, but at this point it is exciting to think of the possibilities and to start experimenting with these findings in our own clinical work.

If you would really like to dive deeply into the research and understand the parameters of laser therapy, the Optimum Pet Vitality course presented by Laurie McCauley is incredibly valuable.

Within our members portal, we also have the following resources available to you:

And of course, you can watch the Research Refresh Summary for each of these papers in the Small Animal and Equine Members portals:

2. An investigation into the short term effects of photobiomodulation on mechanical nociceptive thresholds of the longissimus and gluteus medius, in relation to muscle firing rate at three different gaits.

Or read the full articles on Pubmed and Science Direct.

The portal also offers many more related webinars and a wealth of research refresh training –  consider joining if you have not already!

2. Investigation into the short term effects of photobiomodulation on the mechanical nociceptive thresholds of m.longissimus and m.gluteus medius, in relation to muscle firing rate in horses at three different gaits; Ahmed et al., Journal of Equine Veterinary Science, Vol 98, Mar 2021, 103363 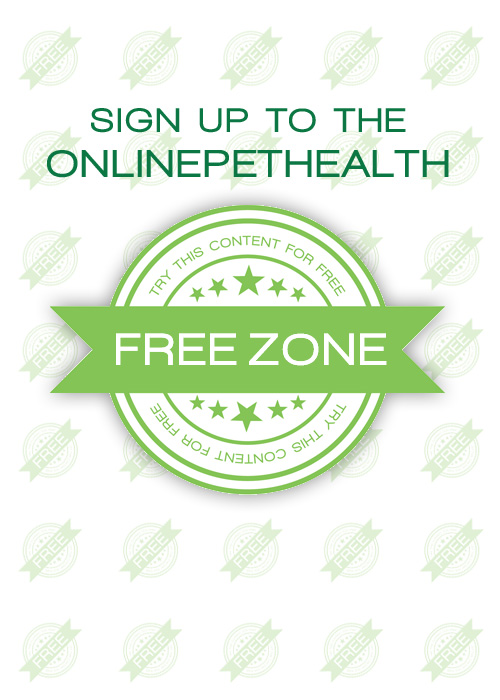 For all Vetrehabbers! Small Animal, Hydrotherapy, Equine and Business Tips!