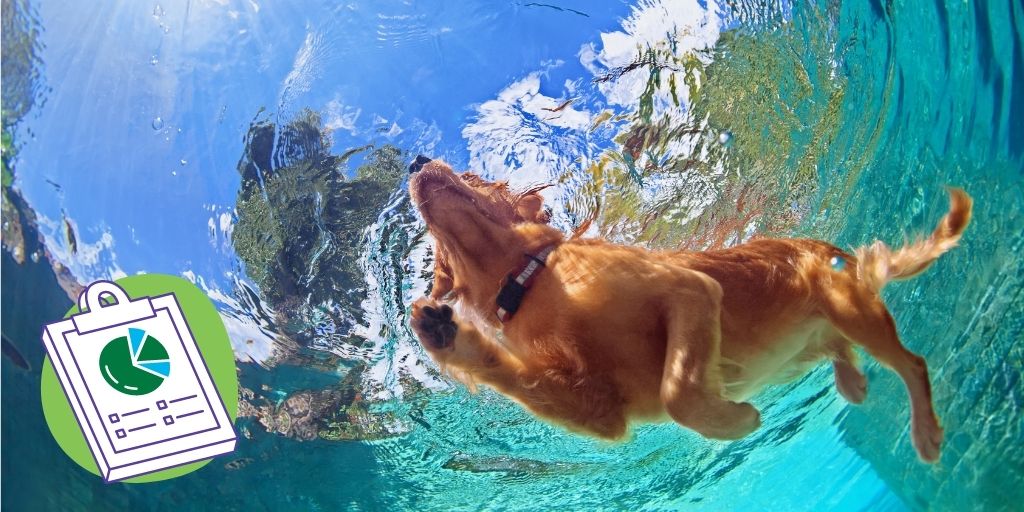 Within the field of Veterinary Rehabilitation we know that our body of good quality research is limited, but growing. When it comes to canine hydrotherapy, the research is even more limited, and growing far more slowly. There are few research articles we can cite to the owners of our canine patients, and most convey only the beginning phases of the research. Much needs to be done in each of the areas currently being investigated.

The evidence discussed below provides guidance on the use of the underwater treadmill (UWT) through several key findings:

Below are summaries of six research articles that you can reference when chatting to vets and owners about your canine patients, and when making clinical decisions.

This study used a sample size of ten dogs.

The effect of water depth on limb kinematics of the domestic dog during underwater treadmill exercise by F. Barnicoat and A. P. Willsa.

This study used a sample of eight clinically sound dogs, over two sessions.

Ten dogs were included in this study.

Effect of water depth on muscle activity of dogs when walking on a water treadmill by S. Parkinson, A.P. Wills, G. Tabor and J.M. Williams

This study looked at the effect of water temperature on the heart and respiratory rate during swimming, and changes in rectal temperature, blood glucose and blood lactate before and after swimming in 21 small-breed dogs in water temperatures of 25°, 33° and 37°C. The heart rate and respiratory rate were monitored every five minutes during a 20-min. swim, while the other parameters were measured before and after swimming. They found the highest respiratory rate in dogs swimming in 25°C water, and the highest heart rate in dogs swimming in 37°C water. Their recommendation to avoid tachycardia, hyperventilation and hyperthermia is to swim dogs in water that is 33°C.

‘Literature is lacking in the area of water exercising and therapy in canine literature. Within the existing literature, huge variability exists as to hydrotherapy parameters and recommendations.’ Laurie Edge Hughes.

In each one of these papers, we learn something that has clinical relevance to as as hydrotherapists. However, all of these studies also have significant limitations. And so, while we can take something from each paper, we are sorely in need of more research in the field of canine hydrotherapy to be able to fully develop beneficial protocols for rehabilitation, and most importantly to provide an evidence-based approach to the use of this modality.

Let’s do this, guys. If you have a treadmill or pool and an enquiring mind, let’s generate the research that will develop our field!