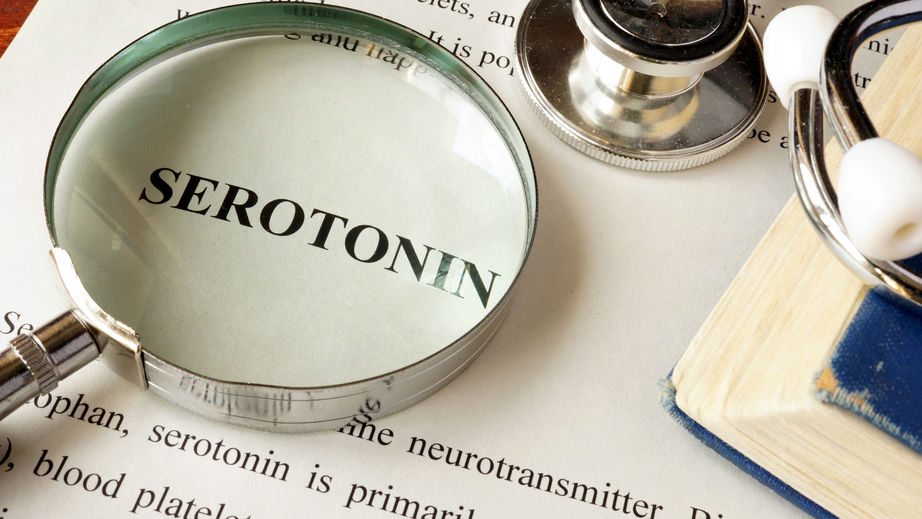 An Onlinepethealth webinar with Dr Kenneth Joubert got me thinking about Serotonin Syndrome. This is not something I am terribly familiar with, so I set out to find out why I know so little, and what I need to know!

It seems that Serotonin Syndrome can occur as a result of using mood-altering drugs or antidepressant drugs prescribed for anxiety (usually separation anxiety), fear or hyper-reactivity. The medications often come in the form of selective serotonin reuptake inhibitors (SSRIs) and tricyclic antidepressants (TCAs), and things go wrong when they are used incorrectly, or when they interact with other medications, foods or supplements – leading to an excess of serotonergic activity. SSRIs work by selectively blocking the reuptake of serotonin by the presynaptic neurons, which leads to an increase of serotonin in the synapses. TCAs will also block the reuptake of norepinephrine, dopamine and serotonin at the presynaptic terminal, which will again increase the levels of serotonin in the synapses.

How would these dogs present?

Firstly, it is a serious, acute condition that can lead to death if left untreated. Symptoms are numerous and affect multiple body systems. Autonomic hyperactivity may include excess panting and rapid breathing, diarrhoea, fever, abnormally high blood pressure, a rapid heart rate and dilated pupils. Neuromuscular symptoms may include hyperreflexia, spasmodic jerky contractions of muscle groups, muscle tremors and rigidity. Dogs will also display an altered mental state, which can include agitation, confusion and excitement.

Serotonin Syndrome occurs as the result of excessive serotonergic activity, which can result from a number of things, including drug overdose, drug interactions and interactions with food or supplements.

Drug overdoses are the easiest to identify, as the dog will have ingested an excessive amount of a drug, with symptoms following shortly thereafter.

Drug interactions can be harder to identify. Any dog on multiple medications should be closely monitored and possible interactions between the various drugs should be considered. For example, Tramadol, an opioid analgesic with a weak serotonin reuptake inhibiting effect, can increase the risk of seizures when combined with any SSRI. The same applies to Metoclopramide, a dopamine receptor antagonist used to prevent vomiting.

Interactions with food or supplements are much harder to prevent, as possible interactions are often unknown to the owner. However, we do know that tryptophan, commonly found in supplements for behaviour modification, increases the risk for the development of Serotonin Syndrome when used in combination with behaviour modifying medication. In addition, S-adenosylmethionine, often found in supplements for mental, liver and joint support, should be avoided. Foods like cheese, dried meat or fish and soy can be high in tyramine, which can also interact with SSRI drugs and cause serotonin syndrome. Owner education in this department is essential if pets are receiving medication to assist in a behaviour modification program.

How is Serotonin Syndrome treated?

If you receive a phone call from a client in a panic, describing the above symptoms, and the dog is on some kind of behaviour modification medication, tell them to stop all meds and get their pet to the vet. The vet will be able to support the dog, as well as administering a serotonin antagonist.

You can also advise your client to get some information ready for the veterinarian: how long since the dog ingested the last medication, or got into that pill bottle, or ate that stick of biltong. If it has been less than two hours, they may be able to pursue decontamination. If it has been more than two hours, a different course of action will need to be pursued. Advise the owner to take the supplements and medication bottles with them to the vet if they can, and try to account for as much of their pet’s food intake over the last few hours as they can.

Although Serotonin Syndrome is a rare condition, the number of dogs being treated medically for behavioural problems is increasing, making it worth our while to know the basics of the condition. In this way we will be better positioned to work together with veterinarians and owners to prevent it, by educating and empowering owners.

I would love to hear of your experiences in the comments below!