Stress and Pain – Is there a Link? 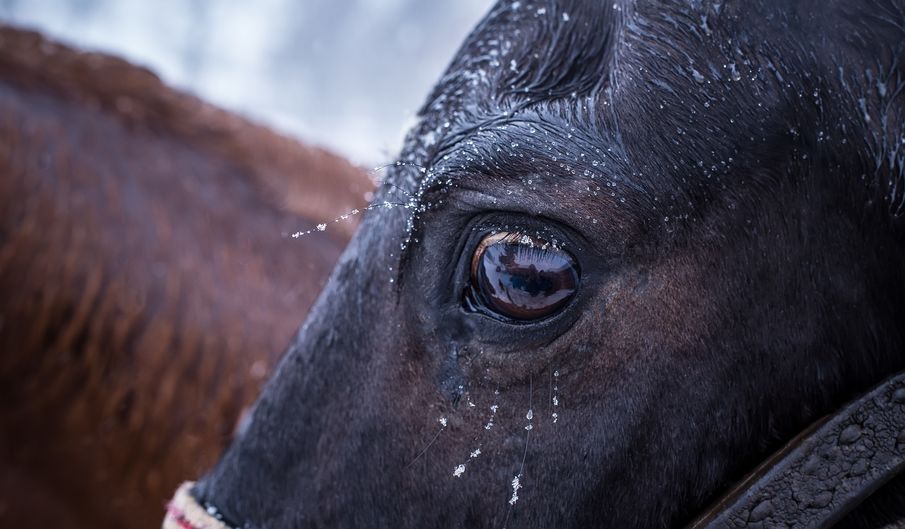 After my conversation with Ansi van der Walt on our Equine Facebook community last week about the effect of stress and chronic pain on the welfare of horses, I did a bit of further digging into the relationship between stress and pain in our equine patients.

Ansi and I had discussed the welfare of animals, and their right to be free of pain and to exhibit natural behaviors. We discussed that chronic pain leads to peripheral and central hypersensitization, and that stress will affect this neural hypersensitization. In further researching the topic, I found Effects of stress on pain in horses and incorporating pain scales for equine practice by Ann E. Wagner, DVM, MS. Below I share some of the insights gleaned from this fascinating study.

What exactly is stress?

Stress is the body’s attempt to restore balance, or homeostasis, after an injury, intense physical activity or physiological strain (Wagner, 2010). The physiological signs of stress include an elevated heart rate, blood pressure and respiratory rate, and a myriad behavioral changes (Riftmann et al., 2004).

The body may activate one of two pathways to attempt to re-establish balance:

Since there are two pathways, the horse may respond in one way or another for a reason. We can differentiate the above physiological processes into two psychological responses – fear and anxiety. Two very different responses, leading to two very different perceptions of pain.

Fear elicits a need to respond immediately to a threat, causing a surge of sympathetic activity that leads to an increase in endogenous catecholamines. We know this response commonly as the “fight or flight” response (Wagner, 2010).

This is the anticipation of some future, indefinite, potential threat. The body increases the amount of circulating adrenocorticotropic hormone, leading to increased body temperature, heart rate and blood pressure, and hyperventilation. Anxiety will result in enhanced sensory receptivity as the horse becomes hypervigilant and aware of the surroundings and itself in a situation (Wagner, 2010).

What do fear and anxiety have to do with pain? This is where it gets interesting.

We know that the degree of pain that an individual animal experiences is a combination of the intensity of the nociceptive input and the psychological state of the individual at the time of the nociceptive input (Rhudy & Meager, 2000). Because of this, fear and anxiety can directly influence the experience of pain that a horse has to either a nociceptive stimulus or what we might consider a “normal” or unremarkable stimulus. We see this link manifest in two ways:

Stress induced analgesia is “an in-built mammalian pain suppression response that occurs during or following exposure to a stressful or fearful stimulus” (Butler & Finn, 2009). In a situation where a horse is feeling fear in response to an injury or threat of an injury, it may experience stress-induced analgesia. This allows it to act in a fight or flight manner despite a serious injury, thus ensuring survival.

In certain stressful states, we may see an increased or enhanced perception of pain, which is a phenomenon known as stress-induced hyperalgesia. We see this phenomenon in conjunction with the psychological state of anxiety, where the probability of injury is relatively low. And this is really where the arrow hits the mark for us in terms of the relationship between stress and pain perception.

As athletes and companions, our patients are often placed under low levels of continuous stress, in anticipation of being restrained, having an ill-fitting saddle placed on their backs, having a harsh bit in their mouths with harsh or inexperienced hands in control, being kicked or subject to spurs or a whip. Their daily lives are filled with small, bearable nociceptive events which, when added together, can result in anxiety. This in turn will transform bearable events into painful stimuli. It is important for us not only to recognize and find the causes of pain in our patients, but to be aware of the effect and role that anxiety plays in their lives, and treat that as far as we can, too.

Put another way, “Direct exposure to a noxious event should induce high levels of fear and arousal that will inhibit pain, whereas the relatively diffuse threat of a future noxious event, without actual exposure, will induce a state of anticipatory anxiety with lower levels of arousal and fear, which will enhance pain.” (Rudy and Meagher, 2000)

In essence, fear reduces pain and anxiety enhances pain (Wagner, 2010) – something worth bearing in mind as we treat our patients and educate their owners.