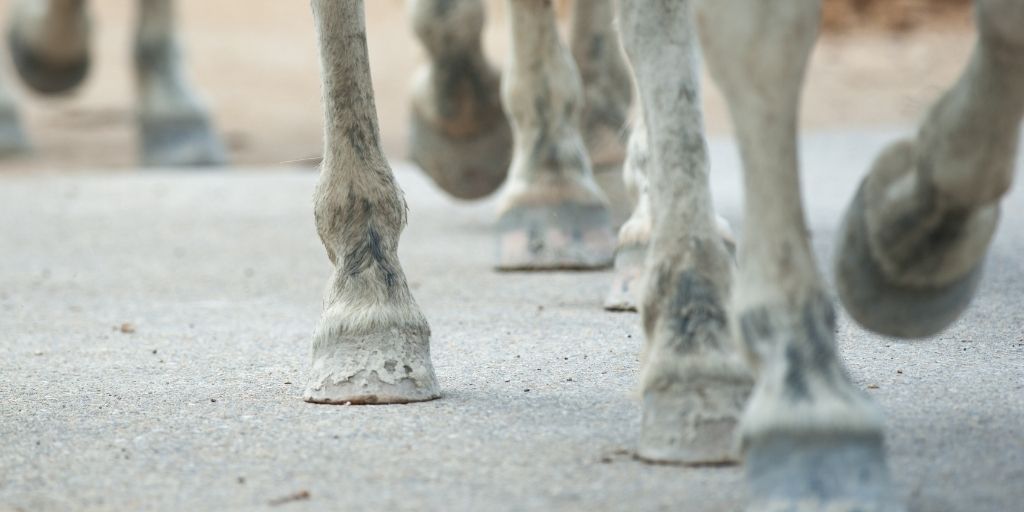 Equine Navicular Syndrome is known by many different names, but no matter what we have called it in the past, the prognosis has remained poor. An improved understanding of navicular syndrome has highlighted the involvement of multiple anatomical structures, forcing us to look a little more closely at this anatomical region and its role in the movement of the entire horse.

Considering the equine navicular as an enthesis organ with multiple anatomical structures playing a role in it’s function, helps us to understand more deeply why and how the lesions are occurring that we commonly see. However, taking a broader viewpoint and considering the origin of the mechanical load causing dysfunction in this region will allow us to identify the best approach to changing the prognosis of this disease in the long run.

If you have been faced with the frustration of assisting in the rehabilitation of navicular syndrome, and have met with chronic recurrent lameness in response, read on! The entire body impacts on this region, and a broader, more comprehensive approach may be warranted.

Navicular disease or syndrome is commonly associated with chronic progressive lameness, caudal heel pain and degeneration of the navicular bone and the surrounding structures. The often bilateral forelimb lameness will usually be more severe in one limb than the other.

Traditionally, we have treated navicular syndrome in a variety of ways, focusing on the alleviation of local symptoms through pharmacological interventions, corrective farriery and occasionally even surgery. Horses will often become unresponsive to treatments over time, with the lameness recurring and worsening. For this reason, equine navicular syndrome has been considered progressive and incurable.

By adjusting our approach to one where we aim to restore function to the entire navicular complex, and to restore and correct posture and biomechanics, we may have an improved prognosis.

An enthesis refers to the site of attachment of a tendon to a bone that allows the transmission of force through different tissues. A functional enthesis refers to the addition of a pivot point before the insertion of the tendon, creating a pulley system that allows the optimisation of force transfer, and a reduction of the force at the insertion point of the tendon.

The navicular complex is a great example of the above description of an enthesis organ, with some additional adaptations that make it phenomenal at transmitting mechanical force:

Lesions commonly seen in the navicular bone include degeneration, sclerosis and bone loss. Chronic degeneration and focal osteolysis give us an indication that the bone is unable to remodel or adapt to the forces being placed on it, possibly as a result of an increase in the force transmitted through this structure to such a degree that the bone is unable to effectively remodel.

The soft tissue structures affected by navicular syndrome include the bursa, the DDFT and the various sesamoidean ligaments. Degeneration and osteophyte formation in these structures are an additional indication of the excessive compressive force being transmitted through this structure, inhibiting remodeling and repair and leading to chronic degeneration.

In a motion analysis study in 2001, Wilson et al. found that horses with navicular syndrome had almost twice the amount of force and stress being placed on the navicular bone as sound horses, significantly increasing compression.

This significantly increased force compressing the navicular bone is being generated far proximally from the hoof and the affected structures. This is where the crux of the problem lies. Unless we address the origin of these increasing forces, we cannot effectively treat navicular syndrome.

The increasing compression occurring in the hoof of the forelimb could be caused by abnormal conformation, postural changes or ineffective working posture and biomechanics. To be able to effectively evaluate and identify the cause, we must be able to assess muscle development, static posture, working posture and the biomechanics of the entire horse and rider. Only through systematically addressing these movement patterns and postures can we decrease the force placed on the navicular bone and allow it the opportunity to heal and remodel in a healthy way.

Equine navicular syndrome may be considered the result of chronic compressive forces that exceed the normal capacity for this structure, caused by biomechanical adaptations and postures in the working horse. In order to address the localised lesion, we must address the biomechanics of the entire horse.

This blog was written after reading, ‘The equine navicular apparatus as a premier enthesis organ: Functional implications’, by Osborn et al, as published in Veterinary Surgery in 2001.

You can read the open access paper to learn more, or head into our equine members portal and watch the Research Refresh on this paper.

Also watch our interview with Krista Jones, founder of ‘From the Ground Up’, who specialises in rehabilitating navicular disease in horses from the ground up!